The Sorry Nigerian Elections.
I really pity Nigeria and us Nigerians. 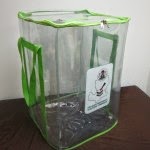 Election which is supposed to be a moment of joy and affirmation for citizens, because it provides them with the opportunity to express themselves in terms of the direction they wish their polity to go, is rather a time of trepidation for Nigerians. Election, which is supposed to be a time for citizens to reassert themselves as the master, is a time of horror for Nigerians. There are many people presently criss-crossing the length and breadth of this country in self-preservation because they cannot trust what these coming elections, on the 28th of March, 2015, hold for them; and they are right because we have seen things happen in the past and if one considers all the trenches dug and sentiments whipped up by politicians and their parties in the build-up to the elections, then one is rightly advised to take cover. What more proof of this reality does one need?
Elections have cost Nigeria and Nigerians so much. Right now, as you are reading this, people are probably dying on our roads – products of bad governance overtime which elections are supposed to help address – enroute perceived safety. I recall two separate incidents shared by friends who witnessed the perishing of entire families in road accidents as they were travelling from one part of the country to another for dear life six weeks ago, before the botched election date of February 14. Even yesterday as I was getting set to pen this piece, a colleague peeped into my office and told me he was just coming from a scene where a young man was perished by another just for putting up the poster of a party the deceased preferred. Such is the human cost across the country which the Nigerian government never even cares to document properly even if just for the sake of information; not mentioning the many others who have been sent to an early grave in previous elections since the beginning of the fourth republic.
Right now as it stands, the APC alone has been reported to have spent more than N1.4trillion (!) in media campaigns alone in this 2015 presidential election, whereas the PDP has spent well over a whooping N4trillion on same; this does not take into consideration monies spent in other aspects of the electioneering, some of which are a crying shame like bribing clerics, traditional leaders and other influential people to sway those under them. Imagine what N5.4trillion ($27billion) would have done for Nigerians. The Ethiopians are presently building a hydro-electricity dam on the Nile River, to be completed in 2017, that will generate 6000 megawatts of power at the cost of $4.6billion. The Chinese have commissioned a twenty-six kilometer bridge, the longest in the world, on top on the Pacific Ocean to link more effectively its many island to the mainland. Again the Ethiopians have just concluded a very modern light rail project in Addis-Ababa at the cost of a paltry $475million, while here at home, apart from frittering such humongous amounts on smear campaigns that have only served to create chasms out of our fault lines and caused us to pick up daggers against each other, our government spends $12billion on refurbished pre-WWII locomotives that many have yet to see outside TV screens. And, to boot, all of these monies politicians and political parties are spending are from our common wealth; monies which we supposedly put them to guard and administer.
Apart from that, by the time these elections are over, INEC would have spent not less that N120billion, not to mention the many other donor funds, to conduct them. If not for the brutal greed and thirst for power of our political class, which has doggedly refused to play by the rule and, thus, continued to make the electoral management body to have to continually devise means to better the integrity of our elections, elections would not have been this costly. There are some countries that don’t have such an electoral body as INEC, and they draw the bulk of their manpower for the conduct of elections from volunteers, and would never bother about using e-voting or e-accreditation, with all the attendant costs, despite the fact that they have the technology, and, yet, the integrity of their elections is unimpeachable as their politicians are not that desperate; and even if they were, their justice system works and the people will rise to demand that justice be done. The costs of conducting elections in those climes are not even up to 10percent relative to ours.
As we go into these elections on Saturday, we must bear in mind all of those persons who, out of their greed and desperation, have and are currently perpetrating lawlessness and disorder in our elections and thus have continued to subvert our common good on the altar of their greed; we must bear in mind those persons who have turned our commonwealth against us; those who have turned us against each other using ethnicity and religion. We must decide that elections in Nigeria, henceforth, will be what it should be: an opportunity for the people. We must reinstall our brains for proper use so as to make a clean break with this sordid state of affairs.
Vote wisely… for your children and children’s’ children.